Most Cape Town guidebooks will lead you to the conclusion that the Cape Flats are dangerous townships (slums) and should be avoided. But when we asked around Cape Town about worthwhile things to do, we repeatedly heard that a guided walking tour through the townships was not to be missed — it was the best way to understand how a huge percentage of the black population still lives. 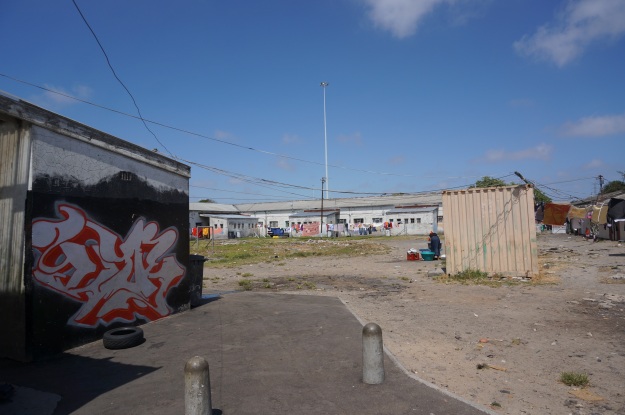 Our hostel arranged a tour with Mamnkeli, who lives in the Langa township and now gives professional walking tours there. As a tourist, especially a white one, Langa and the other townships are not places you’d want to go unescorted — and it did feel a bit voyeuristic — but it was incredibly moving to see and probably the most memorable thing we did in Cape Town. Without that tour, we would have had a very sheltered impression of the city.

Langa covers about 1,200 acres near the Cape Town airport and is one of several townships in the area. Langa was created in 1927 and is the only township set up prior to apartheid (1948). Designed for 5,000 people, it is now home to over 70,000. It’s the oldest but also the smallest. The official unemployment rate hovers around 40 percent, but it’s tough to gauge.

Many of the homes are converted shipping containers, which are actually some of the more expensive shelters there, and they are typically shared by two families (maybe 7-12 people). There are also the “hostels,” which are effectively dorms that had originally been built for migrant workers but are now overcrowded multifamily homes. Mamnkeli says he’d much rather live in the shipping container homes. 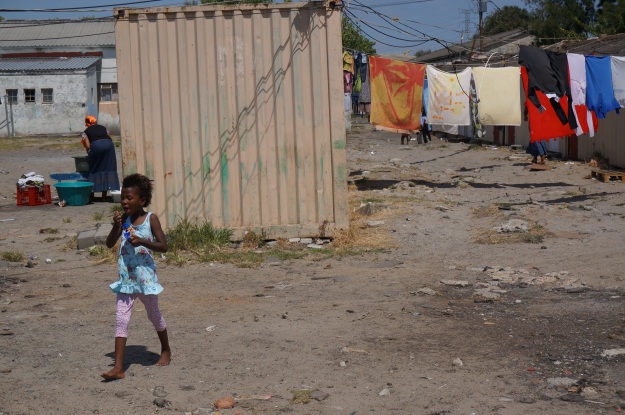 Mamnkeli also took us to a local pub, which is just a dark shed with a large beer barrel in the back and a few benches along the walls. You pay seven rand (less than a US dollar) for an “all you can drink” day pass. The owner needs at least five people at a time, since they fill up a bucket that you pass around the room. We thought we were just going to see it and have Mamnkeli explain how it worked, and were definitely surprised when we learned we were expected to try it. After Mamnkeli gave the overtures and took his share, I gave it a whirl. I was then totally shocked when Jill took the bucket from me and drank a bit. Way to go, babe. The beer is pretty light in alcohol, and some of the locals just sit around the pub all day. It was a little sad, but super interesting, the most out-there thing we’ve tried, and I wonder how long it takes for our ghiardia to set in.

[Preface to this next section: this is how we understood the distinction, so if anyone knows better, please correct me in the comments]. You hear South Africans talk about “Blacks” and “Coloureds” as distinct ethnic groups. At first it struck me as just a politically incorrect way of saying the same thing, but it was actually an official distinction in the apartheid era. Blacks were natives such as Zulu or Khosa. Coloureds were half white and half black, which typically meant an Afrikaner/Dutch father had an affair with or raped a Black woman. The government would physically separate Blacks from Coloureds — meaning if a Black woman had a Coloured child, the child would often be separated from the mother and placed in a different township. As a result, Langa is still basically 100% Black. Mamnkeli later drove us through one of the neighboring Coloured townships, where virtually 100% of the residents are of mixed race. Understandably, there is still a great deal of resentment among Coloureds of both whites and blacks. Mamnkeli said it wasn’t safe for us as white tourists or him as a black South African to walk through that township, so we had to drive (which was a bit unsettling to do, to be honest). It’s a sad reality in the aftermath of apartheid. 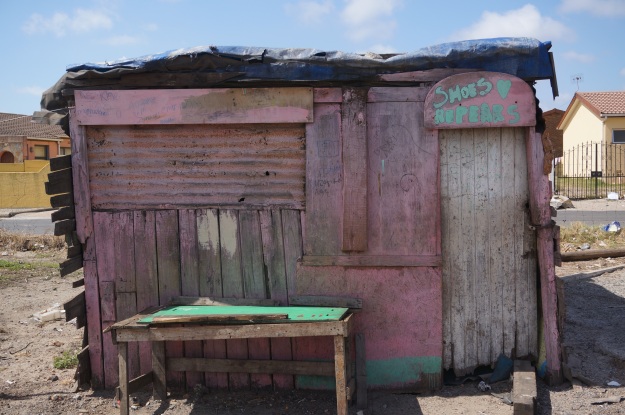 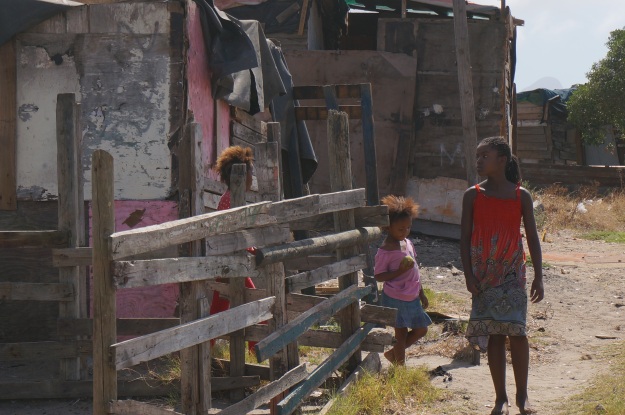 Mamnkeli assured us we were totally safe the whole time and that he’s never had an issue on his tours. I honestly felt more safe walking around the Langa township than I did at certain times in the City Bowl. While many of the residents live a tough life with just the most basic wants and needs met (and sometimes unmet), we still saw a lot more smiling and laughter than I might have expected. The people generally seemed friendly, hospitable and just doing what they could to get by. It was definitely an experience we’ll never forget. 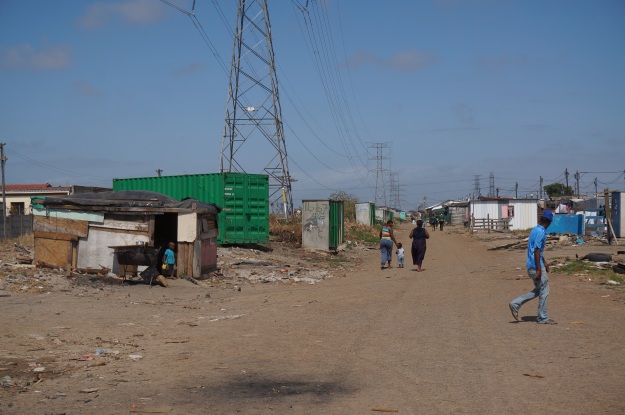 Our four full days in Cape Town were much too short. We really fell in love with the place and hope to go back — so much more we wish we could have done. 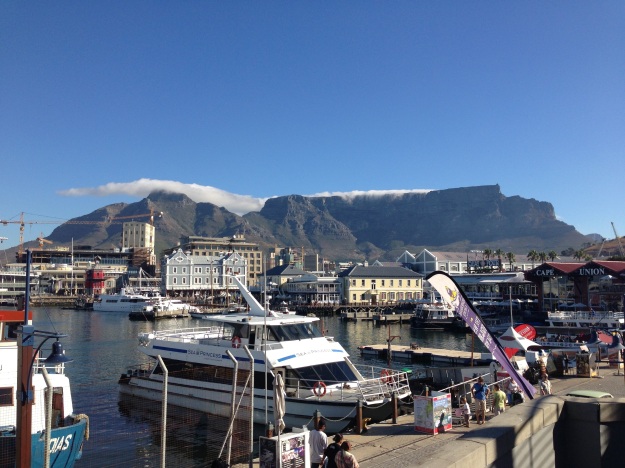 The city has a rich yet troubled history, and since the apartheid era ended (1994) it has generally experienced robust economic growth. Still, what you see in the City Bowl — the more affluent main city area between the sea, Table Mountain, and the mountain’s surrounding suburbs — exists in horribly stark contrast to the “townships” (slums) sprawled throughout Cape Flats. In the townships you’ll find hundreds of thousands of blacks (natives) and “coloureds” (half black half white, and an official distinction in Cape Town), still living unofficially segregated in apartheid’s shadow. The township tour we took deserves its own post – coming soon. 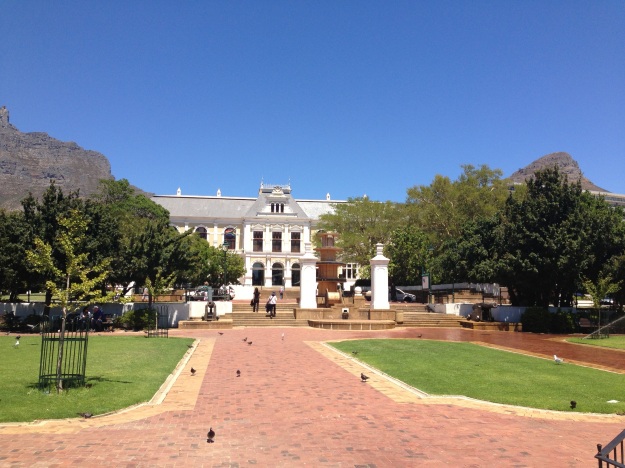 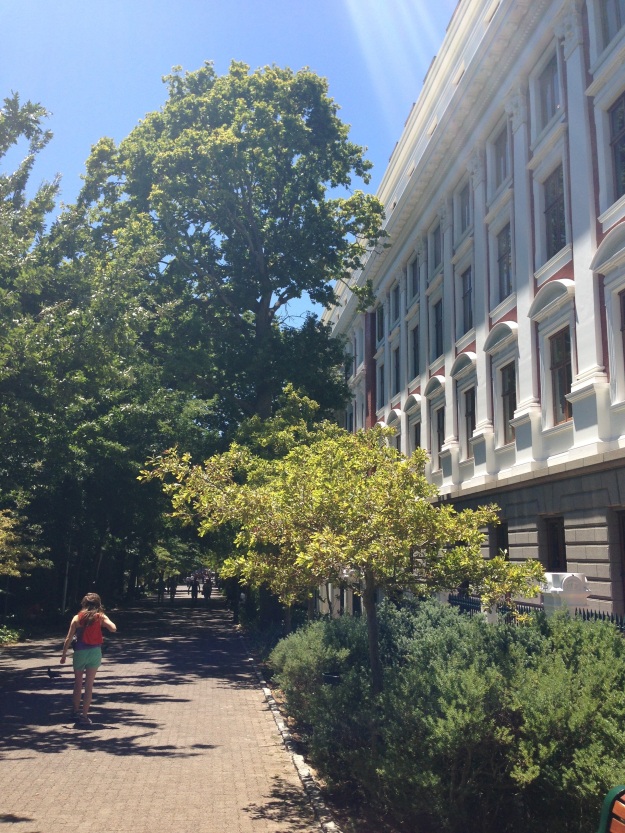 The City Bowl area is generally stunning. The V&A Waterfront is vibrant, the restaurants on Kloof Street are diverse and exceptional (we ate amazing Vietnamese, seafood, authentic African game, delis, and more). The architecture is picturesque throughout. The Company Gardens, a large park area with various museums, schools and government buildings is quaint as well. And behind it all, the face of Table Mountain, with it’s perfectly flat top, provides a stunning backdrop. 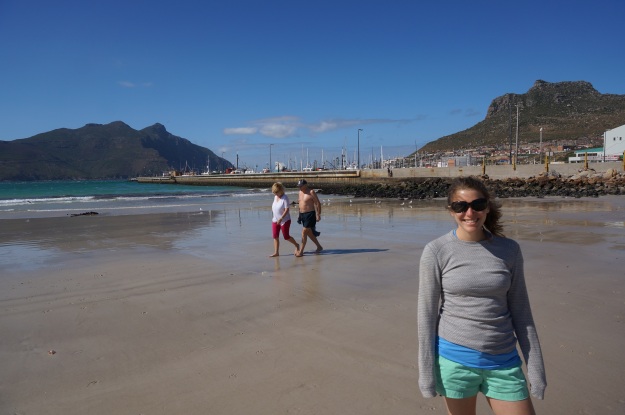 While crime is still definitely an issue — though night and day better than Johannesburg, so we hear — almost all the people we came across were warm, friendly and honest.

Our hostel, The Backpack (which was awesome) helped us arrange a bunch of activities and had some great recommendations.

On our first full day we took a tour down to the Cape of Good Hope and Cape Point, the southernmost tip of the African continent. Oddly for us Californians, the Atlantic Ocean sits to the West and the Pacific Ocean to the East. 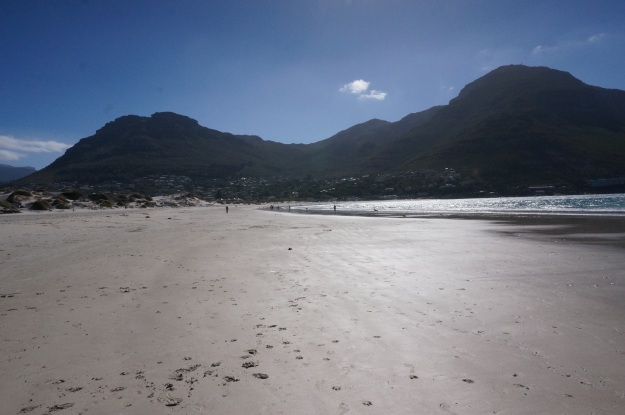 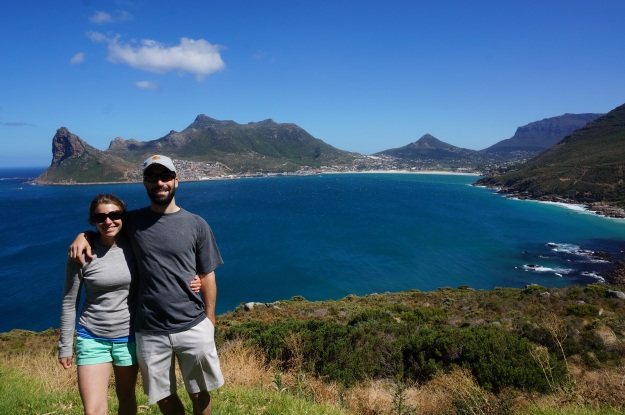 Along the way we stopped in the Hout Bay Harbor, Chapman’s Peak, and then in Simon’s Town to see the penguins — who woulda thunk there’s a whole bunch of penguins on the hot coast of South Africa? 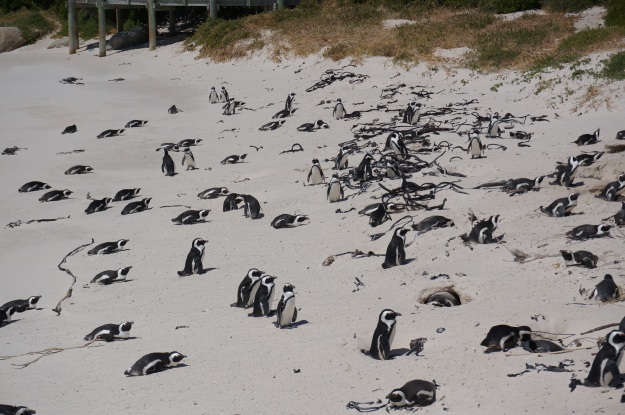 The next day we hiked Table Mountain. We went with a fantastic guide, Binny, who took us up the much more scenic route on the backside of the mountain, starting in the Kirstenbosch Botanical Gardens and then up Skeleton Gorge. Great hike and amazing views of the city, False Bay and both the Atlantic and Pacific Oceans.

A few more posts on Cape Town to come.